Tristan and Yseult by Wagner with Yseult’s death in old french : 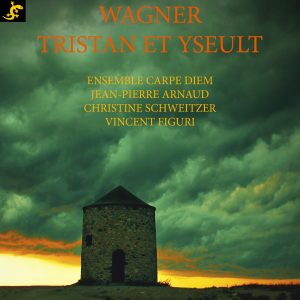 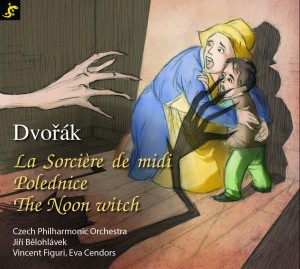 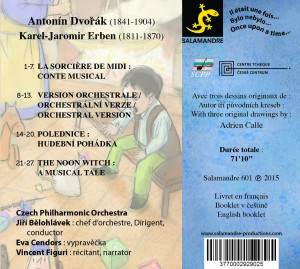 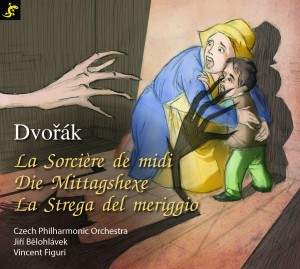 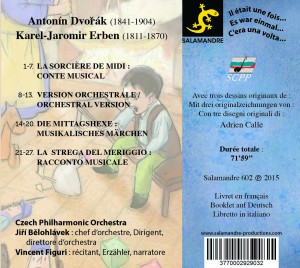 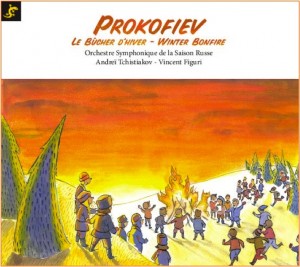 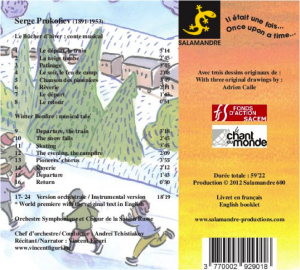 Each Once upon a time… cd contains three original illustrations. Adrien Calle illustrated the first two opuses of the series.

Following the example of the memorable Gérard Philipe in Peter and the Wolf, Vincent Figuri has a striking presence. He does not “tell”. He “plays”. What more?

The main contribution of this recording is that it superimposes the voice of the narrator on the orchestra, which boosts listening. This tale of the eternal magic winter snow, highlighted by a wonder-struck declamation, will delight music lovers in search of a childish atmosphere and complete in an interesting way the collection of Prokofiev’s admirers.

It’s marvellous to hear the text juxtaposed with the music – it really brings out the details portrayed in Prokofiev’s music!

Vincent Figuri, musicologist and actor, who narrates this recording, took great care in retracing the original lyrics so that the music can transpire through the words. Figuri’s style of declamation aims to create the effect of a live recording. The richness, lyricism and poetry of Winter Bonfire are enhanced in this recording by the sensitive performance of the Saison Russe chorus and orchestra, conducted by Andrei Tchistiakov.